A recipe for a simple and delicious morning muesli - a bowlful is worth getting out of bed for! 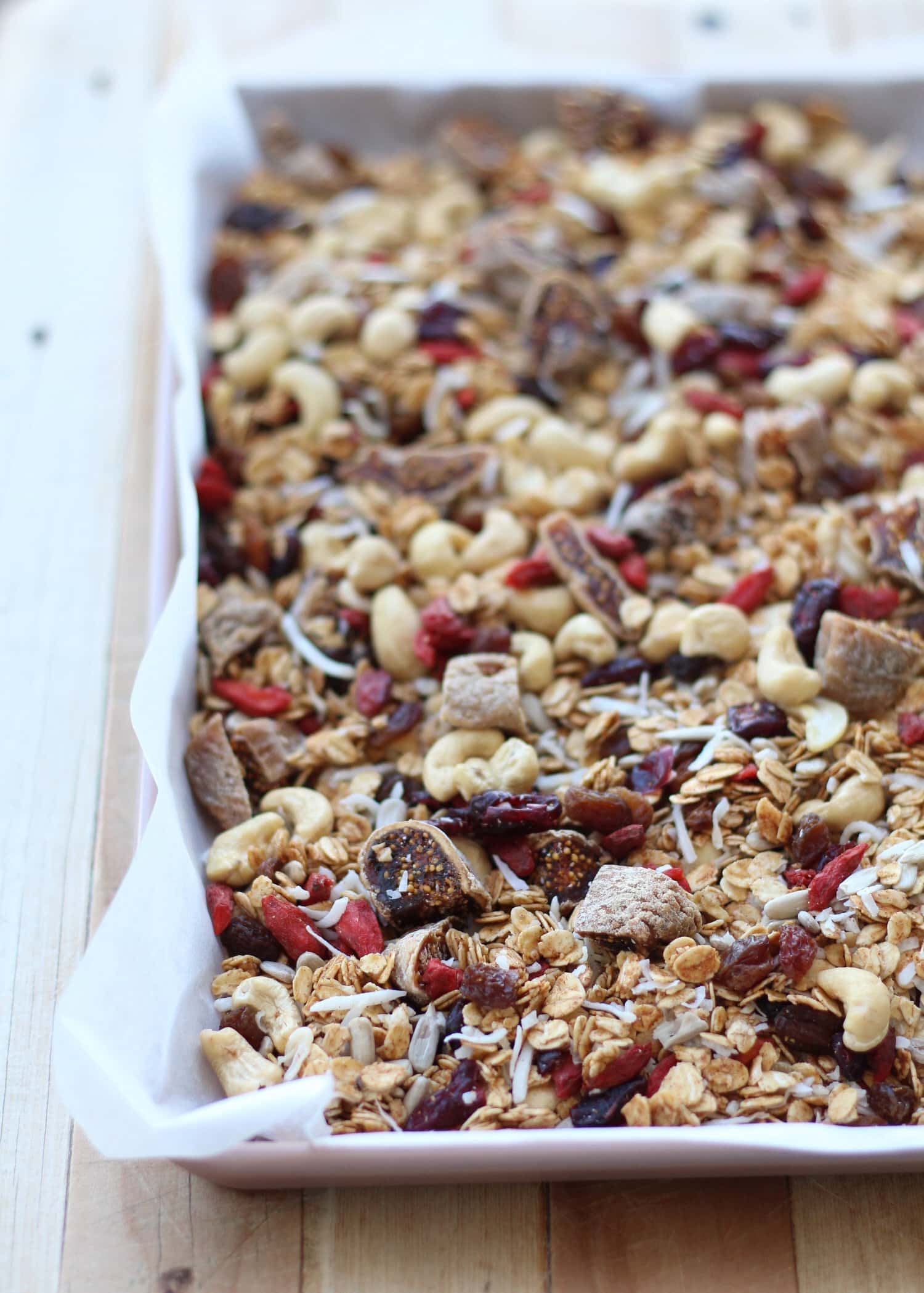 I love waking up to a bowl of muesli, but struggle to find a favourite at the supermarket. Many are highly processed, and can uninspiring in the taste and texture department. Since experimenting with my own, I am yet to look back -homemade muesli is delicious and so easy to prepare!

The below muesli recipe is my favourite to date. Between the toasted cinnamon oats, juicy dried figs and crunchy cashews, each mouthful is jam-packed with flavour.

It’s nutritious too; a source of dietary fibre, healthy fats and protein. A bowlful makes the yummiest light summery breakfast; especially when paired with seasonal fruit and your favourite yoghurt. 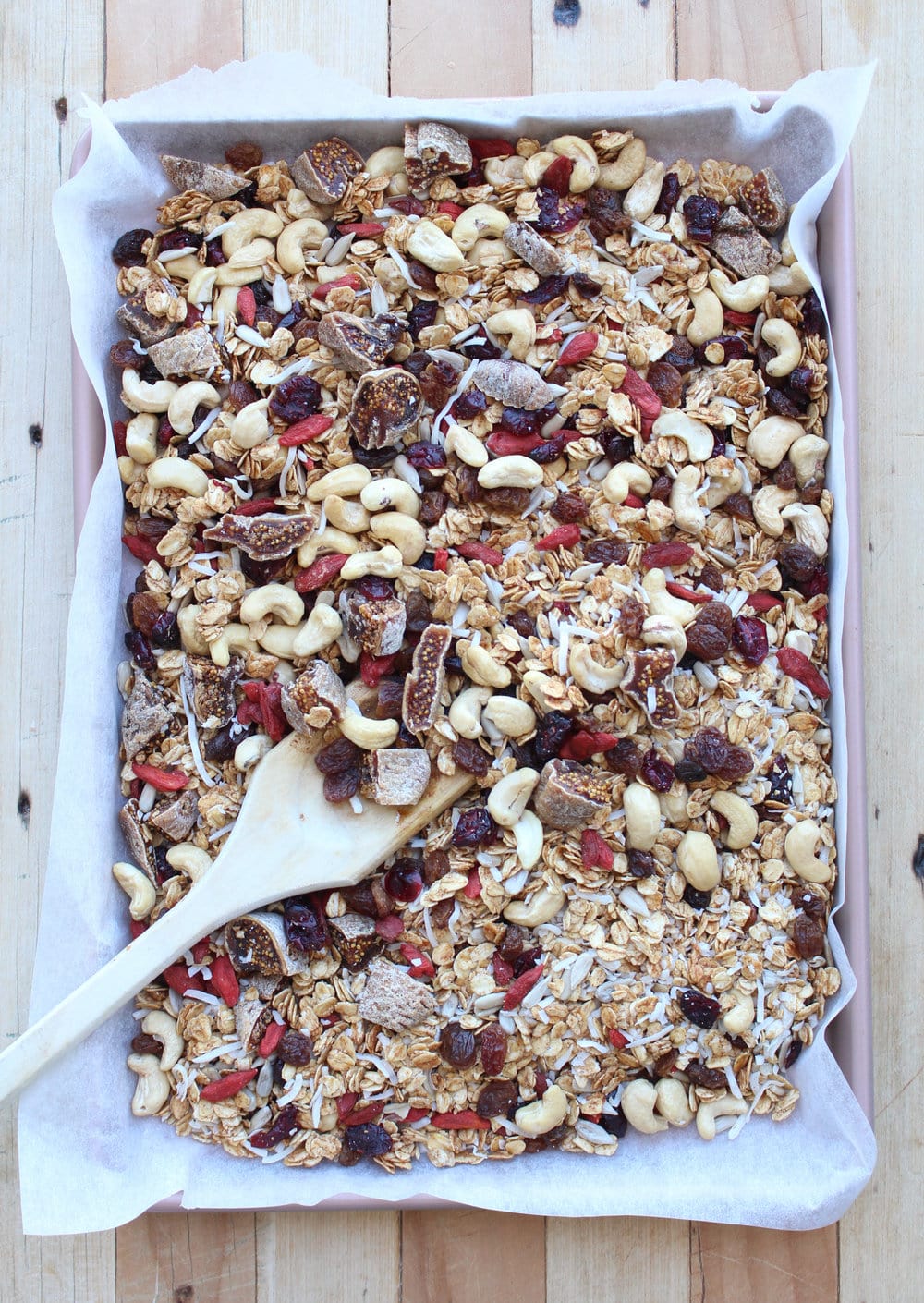 Muesli recipes are typically forgiving and flexible with ingredient substitutions – if you don’t have exactly what the recipe calls for, use whatever dried fruit, seeds and nuts are in the house.

Utilising what you’ve got on hand is a fabulous way at keeping costs down, as well as making use of the bulk bins at the supermarket – buy just what you need.

To prepare your muesli start by toasting oats in the oven with butter or coconut oil, sweetener and spices – this simple step introduces all-important flavour into the mix. Once baked and cooled, toss with a mix of dried fruit, nuts and seeds – the more variety, the more texture you’ll have, all adding up to one interesting and seriously delish mouthful.