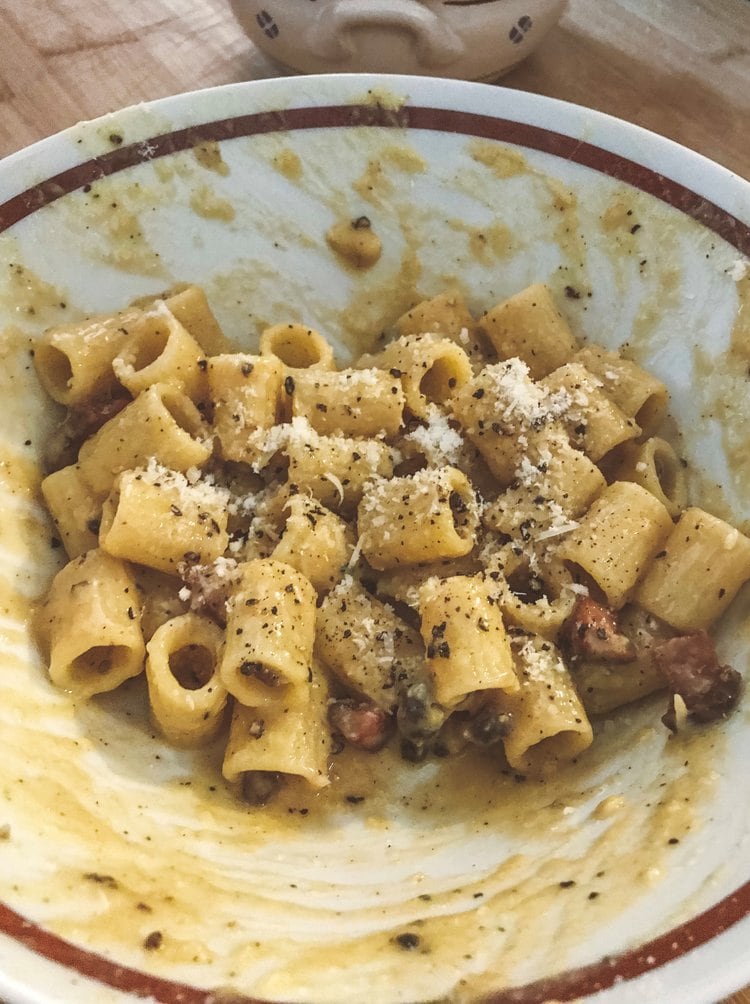 Carbonara is total hedonism in a bite. Pasta and pecorino cheese, what’s not to love? It’s the ultimate comfort food, with a forkful enough to make me throw my head back to the foodie gods in pure sublime bliss.

There are competing theories around the dishes origin; a favoured being food rations (powdered egg and bacon) distributed by Allied troops in WWII, after the 1944 liberation of Rome, lead to its creation. Another, that Carbonaro – the Italian word for ‘charcoal burner’ – was first prepared as a hearty meal for Italian charcoal workers (with a spin-off being the abundant use of coarsely black pepper resembles coal flakes!).

Competing theories aside, to prepare; eggs, pecorino romano (a hard, salty cheese) and black pepper are mixed with hot cooked pasta, away from heat to avoid curdling. Earlier fried cured fatty pork (typically guanciale, an Italian cured meat made from pork jowl or cheek) is added. Then together with the egg yolks, which act as a powerful emulsifier, they bind into a silky smooth sauce with no separation.

While creams often added to carbonaras worldwide, be wary. We made this dish with a local Italian in Rome, who told us “if we ever added cream he’ll have Italian police arrest us”. Noted.