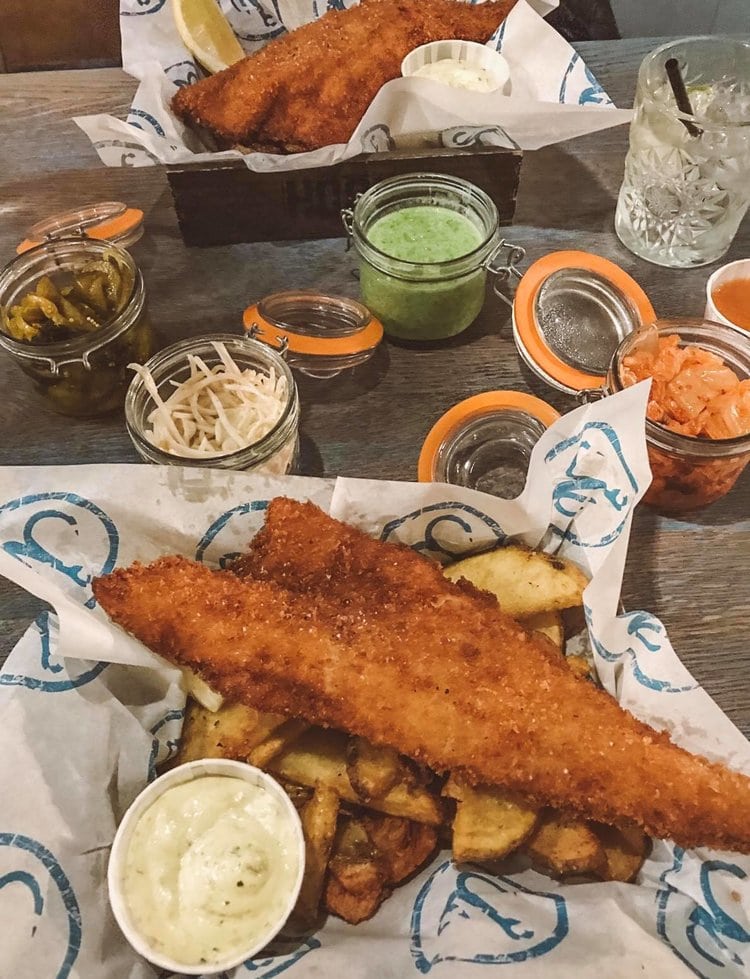 Fish ‘n’ chips are classic kiwi tucker. I’ve eaten many of the newspaper-clad takeaways in my lifetime.

Despite long-standing popularity in our neck of the woods, they’re actually of British heritage. First appearing in the UK circa 1860, they quickly became a prominent takeaway; being an appealing mix of cheap, accessible, comforting, filling and tasty.

Preparation-wise, there are a few considerations for nailing traditional fish and chips. Chips are usually cut thick. The fish batter should be a simple mix of water and flour, with a little baking soda and vinegar for lightness. Cod and haddock is the most common seafood used in Britain (but expect snapper or gurnard on the menu up in the North Island of NZ!). Once freshly cooked and piping hot, the meal is often smothered in salt and soused with vinegar – and don’t forget a side of mushy peas too!

My fish and chips experience was at Hook in London, a Lonely Planet guide recommendation. They work 100% with sustainable small fisheries and ethically-focused food suppliers across UK, and their menu is scratch-cooked daily on site.