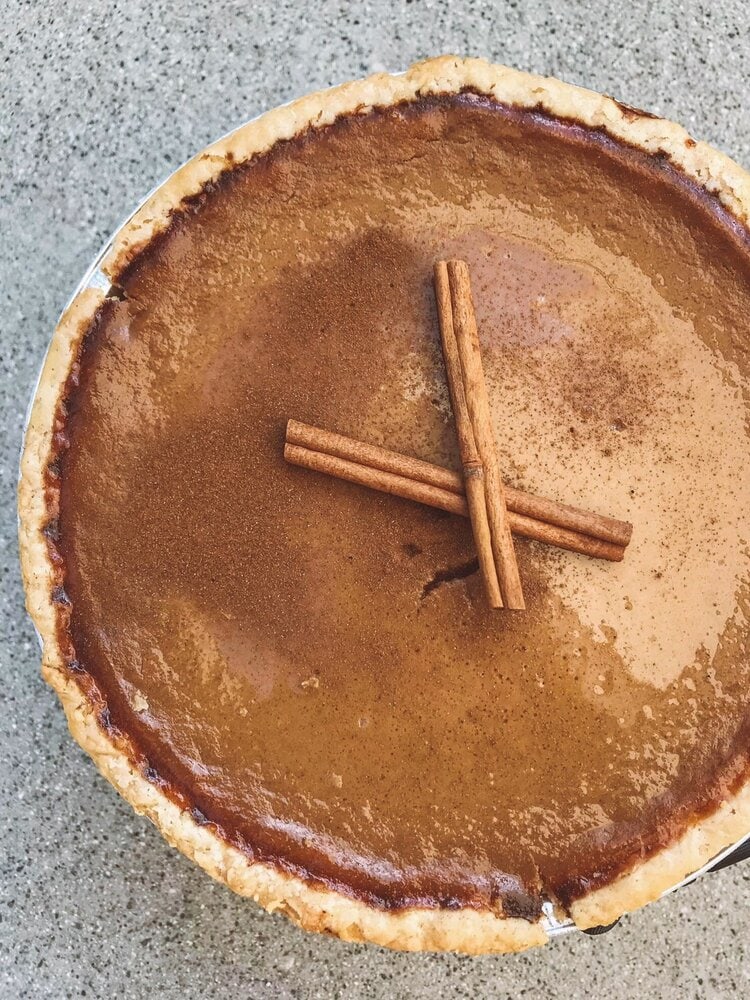 Pumpkin pie is a dessert pie filled with a spiced pumpkin-based custard filling. While the idea of something so vegetal for dessert might feel wrong, pumpkin pie is so right (if you don’t trust me, case in point carrot cake!).

It’s a hallmark of US Thanksgiving (where during the season you’ll find pumpkin-spiced everything…from lattes through to doughnuts); symbolic of harvest time, and generally eaten fall or early winter.

To prepare, ‘pie pumpkins’ are typically used, which are, naturally, pumpkins good to make the pie. The purée can be prepared from scratch by baking then puréeing pumpkin, but often canned varieties are used as they’re quick and trusted consistency-wise. The purée is then mixed with eggs, evaporated or condensed milk, sugar and the inaugural pumpkin pie spice – a mix containing nutmeg, allspice, ginger, cloves and cinnamon – all before baking in a single stellar pie shell, rarely with a top crust.

I had my pumpkin pie in an American household, during an early Thanksgiving dinner with friends; featuring basted turkey, stuffing, cranberry sauce, and of course, Thanksgiving gratitudes.