A slaw that's just as good to serve in summer as it is winter! With crunchy cabbage and apple, toasted seeds and a zingy orange dressing, this light and vibrant healthy side salad will bring colour to your plate.

Enter this slaw! Tossed with a Dijon-orange dressing and toasted seeds, it’s crunchy, fresh and full of flavour. The best part – while seemingly fancy, it’s an effortless healthy side salad to make.

As a nutritionist, I’m all about getting more fruit and veggies in our diet. This salad boasts five different types of produce, and will help you leap towards the recommend serving of fruit and vegetables per day.

Slaws are versatile – they’re great to round out everyday meals, happily pairing with whatever’s going.

Beyond being a side salad, a few loaded tongs are epic added to tacos, or in sandwiches and wraps. If you have leftover slaw, simply layer with a protein-rich food, like tinned fish, over rice cakes for an easy speedy lunch🤙.

Meal prep wise, if you’ve got a busy week ahead, whip up the base of this slaw and the dressing, but keep the two separate in airtight containers in the fridge. When’s its time to eat, toss together – it’ll keep fresher for way longer.

Here are some general commonly asked nutrition and foodie questions on slaw: 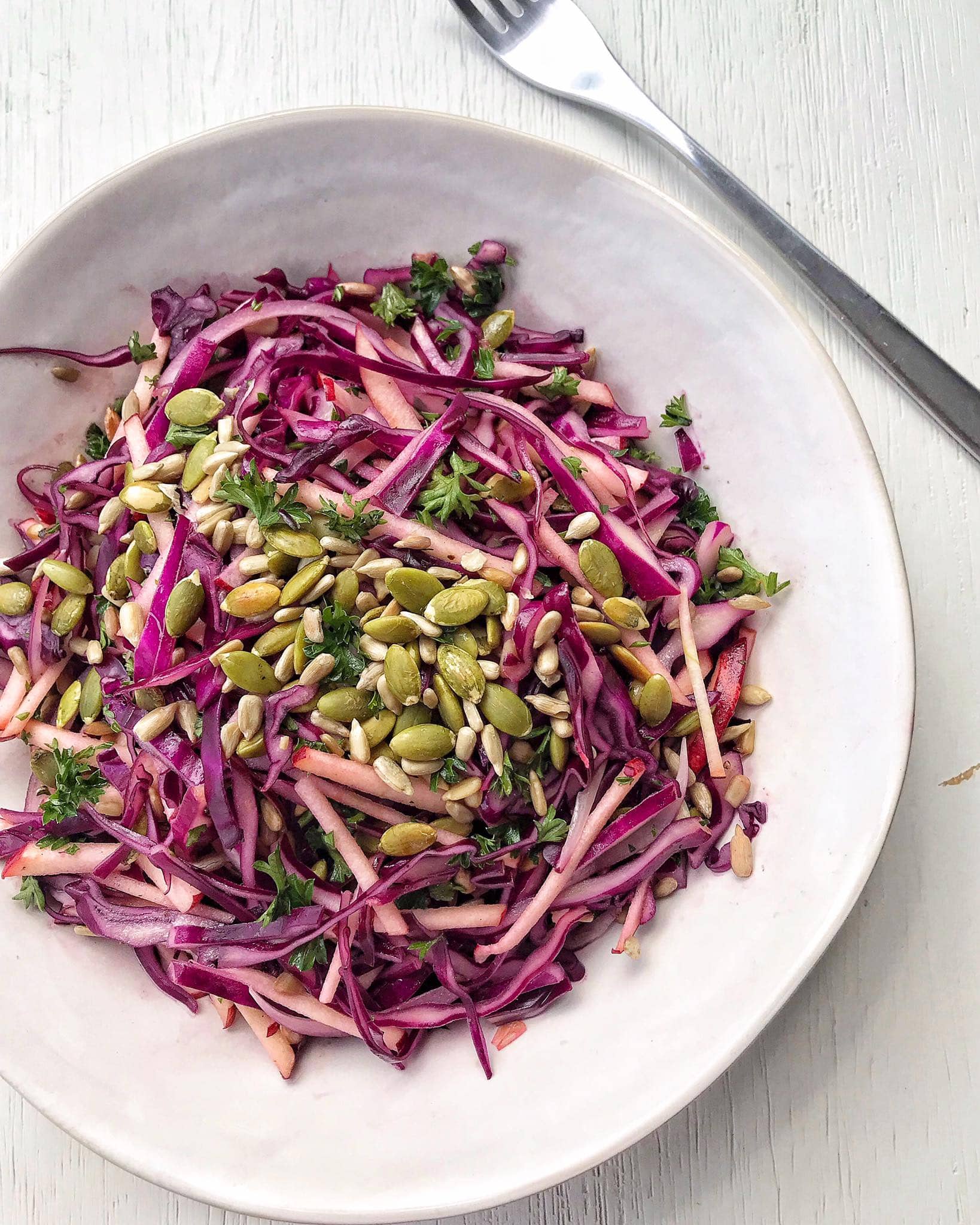 If you enjoyed this dish, please consider giving it a star rating when you post a comment. Star ratings help others discover my recipes online (and your reviews make my day! 🙂 ). Happy cooking and baking. Danijela x